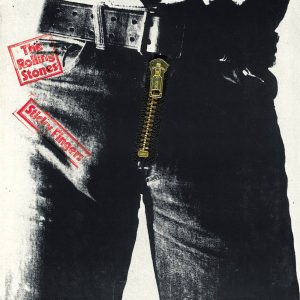 Last week, I wrote a Monday Musings post about my rock and roll favorites. I meant it as a diversion, something fun to write (and, I hope, to read) that had nothing to do with the pandemic or politics or any of the other stuff that makes the news so fraught right now.

This week, I thought I would take on my cinematic favorites in a variety of categories. Some of those categories are “serious.” Others, as you’ll see, are pretty goofy. I hope you enjoy reading them.

Again, as with last week, these are MY favorites, and are not in any way meant to be statements of what is “best.” This is meant to be fun. I’m not looking for arguments, though I welcome other opinions offered in the same spirit of amusement and sharing.

That said, and without further ado….

My Favorite Drama: Butch Cassidy and the Sundance Kid. This is a movie that can tick a lot of boxes. Some might call it a comedy – there are a lot of laughs here. Somehow, though, when both your heroes die at the end in a hail of bullets… well, not so much a comedy in my view. This is also my favorite Western of all time, and my favorite Buddy Movie of all time. Stars Robert Redford, Paul Newman, Katherine Ross. Directed by George Roy Hill.

My Favorite Comedy/RomCom: High Fidelity. Based on the novel of the same title by Nick Hornby. If you’re a music lover, you should see this movie. Wonderful. I know John Cusack is a bit of a wacko, but he’s great in this (he’s great in everything, actually). Stars John Cusack, Iben Hjejle, Jack Black, Joan Cusack. Directed by Stephen Frears.

Movie that Makes Me Cry. Every. Single. Time: Field of Dreams. It’s not just the Dad-son thing, though yeah, that turns me into a puddle. But also that moment when Moonlight Graham has to choose between baseball and being a doctor. Damn. Got something in my eye just writing about it…. Kevin Costner, Amy Madigan, James Earl Jones, Ray Liotta, Burt Lancaster. Directed by Phil Alden Robinson.

Movie I Can’t Help But Watch Every Time It’s On: Tie – The Godfather and The Godfather: Part II. Brilliant movie making, spectacular casts, utterly compelling. The first movie is probably the best adaptation of any novel ever. And the second is probably the best sequel ever made. Al Pacino, Marlon Brando (I), Robert DeNiro (II) James Caan (I), Diane Keaton, Robert Duvall, Talia Shire, John Cazale. Directed (both) by Francis Ford Coppola.

My Favorite Animated Movie: Monsters, Inc. As a dad, I have sat through my share of terrible movies and TV shows. I have also been treated to some wonderful movies from the folks at Pixar and Dreamworks. This one is so funny, so touching, so exciting. Voiced by Billy Crystal, John Goodman, Steve Buscemi, Mary Gibbs, Jennifer Tilly, James Coburn, Rob Peterson. Directed by Pete Docter.

My Favorite SF Movie: Blade Runner. Let me say first (and I know this is not a widely shared opinion) that I LOVE the new J.J. Abrams Star Trek franchise. I think those movies are marvelous. And I love, love, love Guardians of the Galaxy. But this movie is so atmospheric, so thoughtful, and weird, and noir. Love it. Harrison Ford, Rutger Hauer, Sean Young, Daryl Hannah, Edward James Olmos. Directed by Ridley Scott.

My Favorite Fantasy Movie: Excalibur. Similar to the SF films. I love the LOTR films, and also several of the Harry Potters, but this treatment of the King Arthur legend is an underrated gem. Nigel Terry, Nicol Williamson, Helen Mirren, Cherie Lunghi, and a host of young future stars (Liam Neeson, Gabriel Byrne, Patrick Stewart). Directed by John Boorman.

My Favorite Caper Film: The Sting. Redford and Newman together again in a movie that won seven academy awards. The plot is complex, at times almost impossible to follow. But it is so, so good. Redford, Newman, Robert Shaw, Eileen Brennan.

Two Movies That Convinced Me Steven Spielberg is a Freaking Genius: On June 9, 1993, just in time for summer blockbuster season, Spielberg premiered Jurassic Park, which went on to become the highest grossing movie Hollywood had ever seen (to that point). Less than six months later, on November 30 of that same year, he premiered Schindler’s List, which went on to win seven Academy Awards, including Best Picture and Best Director. That combination of achievements in a single year is, I am certain, unequaled in cinematic history.

Actor (and Role) Who Might Make Me Re-Think My Sexual Orientation: Robert Redford as Sundance in Butch Cassidy and the Sundance Kid. I mean, get real. He’s gorgeous.

Actress (and Role) Who Might Make Me Leave My Happy Home: Ingrid Bergman as Ilsa in Casablanca. She is luminous, strong but also vulnerable, and simply exquisite.

And there you go! Hope you enjoyed this. Have a great week!