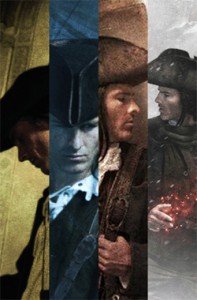 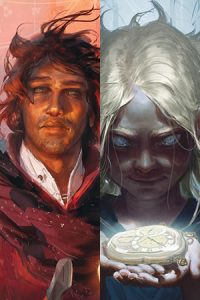 Yes, David B. Coe is also D.B. Jackson, author of The Islevale Cycle, creator of the Thieftaker Chronicles, and the inventor of “TriCorn Punk.”™ The Islevale Cycle is a time travel/epic fantasy series. The first book, Time’s Children (Angry Robot Books, October 2018) received a starred review from Publisher’s Weekly, and was named the Best Fantasy Novel of 2018 by Reviews and Robots. The second volume, Time’s Demon, has just been released. The Thieftaker books combine urban fantasy, mystery, and historical fiction in a series set in pre-Revolutionary Boston, and they’re a helluva lot of fun. But because all of these books are written under a different name, they’re described at a different website:  http://www.dbjackson-author.com

You should feel free to visit that site and check out the Islevale and Thieftaker books, as well as all the interesting material available at the D.B. Jackson site.  Be advised though, that you will be leaving this website.  You can always come back, of course. But giving you the heads up seemed like the polite thing to do.