Sometimes it’s the little things that get us through a rough day — a warm exchange of messages with our teenage kid, time to chat with dear friends at a slow signing, the sound of a guitar with brand new strings on it, a lovely sunset out the office window, plans for a quiet dinner with our sweetie.

Today didn’t go the way I wanted it to. On several levels. But life is good, and really, those little things matter a lot more than the other stuff. I’m thankful today for friends and family, music and books, shining horizons and golden light on bare tree limbs. Have a good evening, all.

I turned in a book today. Shadow’s Blade, the newly titled, third installment in The Case Files of Justis Fearsson, is out of my hands and with my editor at Baen Books. That’s kind of exciting. I read it through this week, and though I struggled with it when I was writing the first draft, I’m very happy with how it came out.

And, of course, at pretty much the same time I turned that book in, I received the galley proofs of Dead Man’s Reach, the fourth volume in the Thieftaker Chronicles, which I write as D.B. Jackson. So I know what I’ll be working on for at least the first part of next week.

After that, things get a little murkier, and far more intriguing. It’s time for me to start a new project. I have ideas, but nothing firm. Once those proofs are done, the brainstorming and worldbuilding and plot construction begins. I don’t know yet where it all will lead, but I’m eager to find out. Stay tuned. . . .

My Facebook page was hopping today, because I asked for people’s opinions on the title for the book I’ve been working on. The book is the third in my new series from Baen, The Case Files of Justis Fearsson. The first two books in the series are called Spell Blind (released earlier this month) and His Father’s Eyes (coming out in August). The list of possible titles from which I asked people to choose included:

And the responses I got were fascinating, and made me think about what goes into a title, what makes a title work or not work.

First let me say that I’m grateful to all who have offered opinions thus far. I really am paying close attention to responses, because I want to get this right. Over the years, I feel that I’ve done pretty well with my book titles.  There are one or two that I think could have been stronger, but generally speaking I feel good about the titles I’ve chosen. (Among my favorites: The Outlanders, Seeds of Betrayal, Weavers of War, The Sorcerers’ Plague, A Plunder of Souls, Dead Man’s Reach, His Father’s Eyes)

But, of course, it’s entirely subjective. Others might not like any of those I’ve just listed, and might feel that one of the titles I didn’t mention as a favorite is better than all of them.

As an author, I want a title that sounds cool, whatever the hell that means. I want it to have a certain poetry, a cadence that rolls off the tongue. I also want it to conjure imagery that is both intriguing and representative of some key element of the book. But again, even these criteria are subject to personal taste. Today alone I’ve had someone tell me that he/she loves the title The Pale Blade because of the repeated long “a” sound. And I’ve had another reader say that the title doesn’t work for him/her for the exact same reason. Some folks love the word Necromancer, and others feel that I should avoid it at all costs. The Pale Blade emerged as a clear favorite, but it also elicited the most forceful negative responses. “It’s mysterious.” “It sounds cool.” “It’s boring and plain.” “It’s weak.”

Now, one might think that all these contradictory opinions would cloud the issue for me and make what will ultimately be my choice that much harder. But the fact is, the feedback is valuable if for no other reason than because I react to these arguments in a visceral way. And my responses give me a sense of where I’m leaning, what direction I think I might want to go.

I haven’t come to a decision yet (so feel free to weigh in on the discussion). Right now I’m thinking strongly about Pale Blade (without the “The”) and Lost Blade. But that could change. It’s possible that something will come to me that I haven’t even considered yet. So stay tuned. And again, thanks for the input.

Today’s post can be found at the Magical Words blog site. It’s a post I struggled with (which is why it’s so late in going up), but feel very strongly about. It’s called The Writing Life and What it Means to Me, and I hope you enjoy it.

Last week at the Magical Words blogsite, which I helped found so many years ago with Faith Hunter, Misty Massey, and C.E Murphy, I posted about plotting versus pantsing. For those not in the writing profession, plotting refers to setting out an outline at the beginning of a project and allowing that outline to guide us through the process of crafting our novels. Pantsing — as in flying by the seat of one’s pants — refers to winging it, essentially writing a novel without having a clear idea of where it’s going.

I am have been, throughout much of my career, a dedicated plotter. But with the third book in the Case Files of Justis Fearsson, I was unable to come up with a decent outline, and so I dove in and just wrote the darn thing. That’s what the post was about (you can read it here).

Well, as I always do with a book, upon finishing the first draft, I put it away with the intention of coming back to it several weeks later in order to revise and polish before submitting it to my editor at Baen. Today, five weeks after completing the book, I began to read through the manuscript, unsure of what I would find.

I’m a little more than a third of the way through the novel. I’ve found some things that needed changing, and I’ve refined my wording here and there. But so far, overall, I like the book very much. In this case, it seems, pantsing was the write approach. We’ll see if I still feel that way when I’m finished reading it. 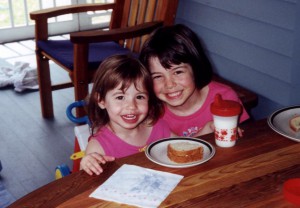 Earlier today I put one of them on a plane to Germany for her semester abroad. The other one is already getting letters from college admission offices. I swear, I don’t know where the years went. They are smart, funny, confident, beautiful young women. But they were toddlers only yesterday.

I’m 51 years old — nearly 52 — and I have never made a Martini. I’ve drunk a few. More than a few, if I’m going to be honest. But I’ve never made one. I don’t know how. I know what’s involved — gin, vermouth, olives, Aston Martins — but I don’t know the exact recipe. For that matter, I also don’t know how to make a Manhattan, a Mojito, or a Mai Tai.

I think it’s about time I learned. My wife agrees. And so, inspired by a purchase I made over the holidays for my nephew, I have recently purchased a bartender’s recipe book. It’s a nice one — well-illustrated, pretty comprehensive, and cheap, because it was used. It has just arrived.

I have some studying to do.

It’s late on a Friday, not the best time to be making public service announcements. But I am very excited to say that I will be signing books in my home town of Sewanee, Tennessee, a week from today.

Friday, January 30, from noon to 2:00 I’ll be in the University bookstore signing copies of Spell Blind, the first book in the Case Files of Justis Fearsson, as well as copies of all the Thieftaker books. So, Sewanee, hope to see you there!

I am back home, after a ten-day road trip that included a couple of successful book signing events, a Guest of Honor appearance at MarsCon 25, at least ten stock signings at bookstores in Virginia and North Carolina, and visits with some of my favorite people in the world. It was a great trip.

The only thing greater, is getting back to my wife and daughters, and settling back in to my home.

I am grateful to the folks at Fountain Bookstore in Richmond and the BooKnack in Rock Hill for hosting the signings. I had a great time hanging out with Bishop O’Connell at the Richmond signing and my wonderful friend Faith Hunter at the BooKnack. I’m also grateful to the store managers in Charlottesville and Norfolk, Cary and Durham, Raleigh and Hampton Roads, and all the other places I stopped in along the way, for carrying my books and allowing me to sign stock.  I loved being at MarsCon, and can’t thank enough the great folks who run and attend the convention.

And finally, I am so grateful to my friends who hosted me during the trip — Amy and Paul, Elizabeth and Trip, Faith and Rod.  Thank you all so much. It was so much fun to see you.

I have just turned in a revised version of the short story I submitted to TEMPORALLY OUT OF ORDER, the new anthology being edited by Joshua Palmatier and Patricia Bray. I am on “Team Patty,” which means that Patricia edited my story. And her feedback, and the subsequent revisions I did on my story, reminded me once more (as if I needed reminding) of how important a good editor is for all that we write, regardless of length.

As it happened, my story didn’t really need extensive rewriting. But it did need polishing and some subtle changes to deepen the character work and clear up the plotting. I hadn’t realized that it needed these things; it took Patricia pointing them out to me, gently, diplomatically, professionally for me to see the issues and find solutions. It helped that she was looking at it fresh — having a different set of eyes look through a story always helps, which is why having Beta readers can be so helpful. But more than that, Patricia is a fine editor who understands storytelling and can diagnose narrative problems with a simple read-through.

Of course she’s not the only person who can do this. Joshua is an excellent editor as well, and I have been fortunate enough to have worked with countless others — both on my books and my short fiction — who have improved my work and taught me valuable lessons about the craft. And that, really, is the point. We ALL need editing. I have been writing for a long, long time, and I have never written anything that was so perfect it didn’t need at least some help. A good editor is invaluable. And a good writer understands that her/his work can always — ALWAYS — be improved by editorial feedback.