Today I finished reading through the first pass galley proofs of Dead Man’s Reach, the fourth and (for now) final book in the Thieftaker Chronicles (which I write as D.B. Jackson). There is really nothing left for me to do in terms of production for the novel. It will be released on July 21, 2015, and I really can’t wait. It is my favorite of the Thieftaker books and it may well be the finest novel I’ve ever written.

And it also sports the best cover of the series, which is saying something because ALL of Chris McGrath‘s Thieftaker art has been magnificent. I mean, really: check this out. Amazing, right? 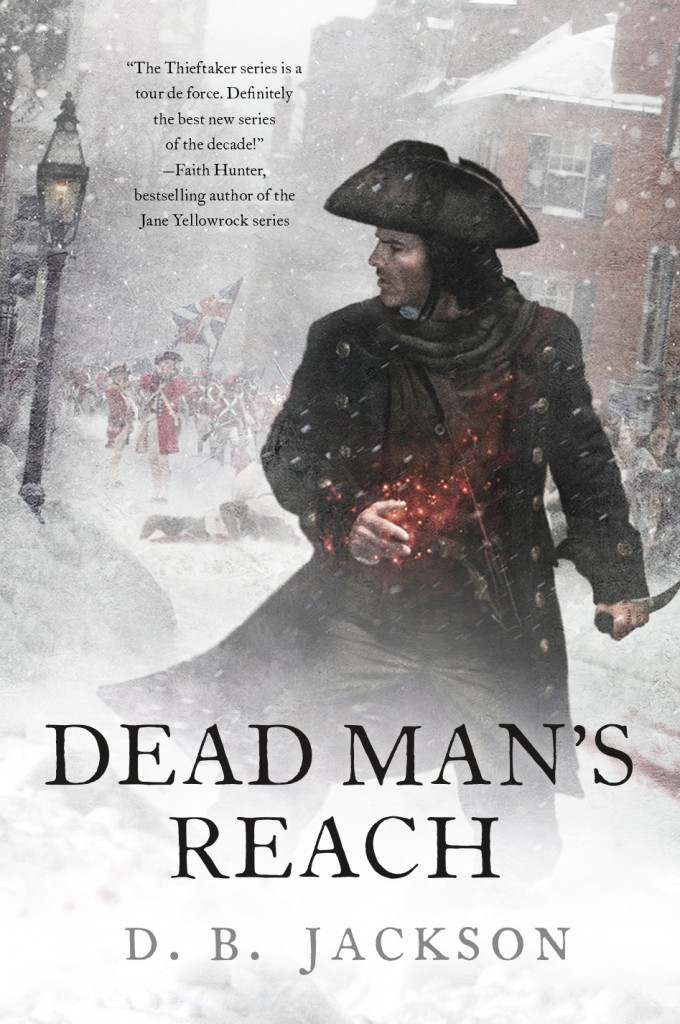