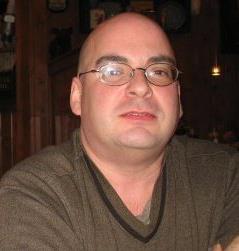 And yet, his first act upon returning to the White House was to make a Mussolini-esque appearance on his veranda and ostentatiously remove his face mask.

Last week’s Photo Friday post was about my brother’s memorial service, which took place three years ago this past weekend. As I said in the message that accompanied my image, it was an extraordinary event for those of us who knew and loved him. The phrase “celebration of life” is overused in this context, but that really is how my family and I felt about our time together. It was moving, comforting. We grieved, we laughed, we told stories, and we left on Sunday with the sense that we had said a proper goodbye.

At the time, as much as I drew peace and satisfaction from the celebration, I also took it for granted.

Latest estimates put the death toll from Covid-19 in the United States at just over 215,000. Most of the families who are losing loved ones to this menace, don’t have the opportunity to honor the victims of the disease as my family and I honored my brother. They are not granted the catharsis of a proper farewell.

Many of those who have been afflicted with Covid — the number in the United States currently stands at about 7.7 million — were and are denied the comfort of having friends and family with them to help them cope with the fear, the uncertainty, not to mention the symptoms themselves. Recently, one of our daughters was sickened with Covid. She is well now, thank goodness. Hers was a mild case, and, thus far, her recovery has been smooth and uncomplicated. But even so, I can tell you that those days when she was sick were excruciating for her mother and me. We’re hundreds of miles away from her and we couldn’t get to her. True, we couldn’t have done much for her even if we’d been nearby. But that’s almost beside the point. The isolation imposed upon us by the very nature of the virus, made it that much harder for all of us. We wanted to care for her, to offer what support we could. And though she dealt with it bravely — more than I would have — I’m sure she would have drawn comfort from our presence.

This disease is insidious. It’s not only highly contagious, it’s not only serious, damaging to a host of organs, and potentially deadly, it also has isolated us, exacting an emotional cost that is not easily measured, but is real nevertheless.

And that’s why the President’s cavalier attitude toward his own illness and the spread of Covid through the White House and the Administration’s allies is so infuriating. Just a week and half ago, he was airlifted to Walter Reed Hospital. While under treatment there, he was twice (as far as we know) given supplemental oxygen. He received experimental drug treatments, was given an extensive regimen of steroids, and was, no doubt, under the constant care of an army of doctors and nurses. I believe it’s safe to say that had every other Covid patient in the States been given similar attention, all 7.7 million of them, our death toll would be much, much lower than 215,000.

And yet, his first act upon returning to the White House was to make a Mussolini-esque appearance on his veranda and ostentatiously remove his face mask. In his first public statement during his convalescence, he told us not to fear Covid, not to let it “dominate us.” Days earlier, during a moment of honesty captured in a Tweet he posted while still at Walter Reed, he had referred to Covid as a “plague.” Once back at the White House, however, he seemed to forget his discomfort and his own apprehension. Once again, he peddled the fiction that Covid was little more than a glorified flu.

His motivations here, as in so much else, are completely transparent. If the disease is bad, then his failed response to it is inexcusable. If, on the other hand, Covid is not worthy of our alarm, the inadequacy of his actions over the past nine months is nothing serious. It is the most cynical sort of zero-sum political calculus.

Of course, he is as poor at math as he is at everything else. Which may be why he doesn’t understand what his foolish actions and pronouncements are doing to his poll numbers. The problem for him is that the American people know better. We have been living with fear of Covid for much of the year. We have seen neighbors and colleagues, friends and family taken ill. We have worried about them, cursed our inability to help them or offer the sort of solace and aid we wish we could. We have, many of us, been vigilant about social distancing, about washing our hands and sanitizing surfaces, and, yes, about wearing face masks when appropriate. In short, we have sacrificed too much and worked too hard to be taken in by his denials and lies.

Last week, during the Vice Presidential debate, Mike Pence, the President’s favorite cheerleader — or, if the image of him in sweater and skirt, his pallid hands gripping pompoms, is too much for you, his beloved lap-dog — tried to twist Kamala Harris’ criticism of the Administration’s Covid response into some sort of attack on the courage and fortitude of the American people. His attempt fell flat, as well it should. Harris understands, as does a solid majority of the country, that the Trump Administration and the public are not allies in this fight. The White House, led by Patient-Zero-in-Chief, is interested only in saving itself. It cut the rest of us loose long ago.