My muse, on the other hand, is a peripatetic tramp who can’t be counted on to show up at any given time on any given day. If I had to wait for that bastard to show in order to write something, I’d still be working on my first novel.

I feel stuck. Have for a while now. It’s nothing too alarming; I’ve been here before. But it is frustrating, and I am ready — past ready — to be, well, unstuck.

I’ve been doing a lot of editing recently, and I enjoy that. It keeps my mind busy. It forces me to think creatively, to consider my craft while also making certain to respect the vision and voice of my client. But it’s not the same as writing. 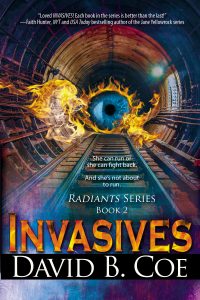 And when it comes to writing, I am in something of a rut. The last novel-length piece I wrote beginning to end was Invasives, the second Radiants book, which I completed (the first draft at least) eleven months ago. Eleven months!

I’ve written some short fiction since then. A Thieftaker story, a story for the Silence in the City anthology. I had to revise and polish Invasives, and I have done work on the new Celtic series I’ve recently sold. But the first two of those books were already written. I’ve been revising those, too. I’ve started book 3, but only just. 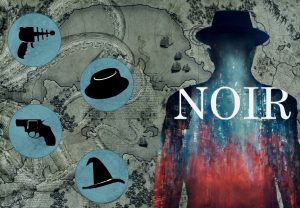 Mostly, as I say, I’ve been editing. My work. Other people’s work. The Noir anthology. I’ve been plenty busy, but I have not been as productive creatively as I would like. And I wonder if this is because of all the emotional pressure we (my family and I) have been under over the past year-plus.

Recently, I wrote a couple of what you might call audition chapters for a project I cannot talk about. (There was actually an NDA. I really can’t talk about it.) And I enjoyed that process. I had a tight deadline, a quick turnaround from when I got the information on what I needed to write to when the chapters were due. I met the deadline with ease, and was pleased with the results.

As I say, I’ve been here before. I’m not worried that I’ll never write again. At least not too worried.

I wonder, though, if there is a lesson in that experience with the sample chapters. Maybe what I need is a deadline, one that’s hard and fast and not too far away. Maybe I need that sort of kick in the pants to get going again. I’ve long said that when I go too long without writing, I get cranky.

I don’t know if I’ll get the gig I auditioned for. I’m certainly not counting on it. But if I don’t, I need to make myself work on something else. According to the contract, that third Celtic book isn’t due for a long time, but I am thinking I should start writing it now. And I should set a hard deadline for myself, well before the actual due date. I have lots of editing projects looming, so I can easily justify forcing myself to write the book now and quickly.

I don’t know. I need to do something.

Creativity is a strange beast. Often it’s thought of as something that comes to us in sudden sparks of inspiration. It can’t be forced, we’re told. But when it strikes, the feeling is euphoric. And some of that is true some of the time.

Inspiration can be abrupt and unexpected, and those moments can be euphoria-inducing. The thing is though, if we want to make our living as creatives, we can’t afford to wait for the muse, or whatever, to strike. We have mortgages to pay, groceries to buy, bills arriving in the mail each day. This is our job, damnit!

Which means creativity can be forced. Most times it has to be forced. I write pretty much every day. My muse, on the other hand, is a peripatetic tramp who can’t be counted on to show up at any given time on any given day. If I had to wait for that bastard to show in order to write something, I’d still be working on my first novel.

What does this have to do with me being stuck? Honestly, I’m not certain; I’m working this out as I go. But I think the answer is this: Being stuck is as much a part of making a living as a creator as being inspired. It’s the back half of that shining coin. Fields need to lay fallow for a time before they can be productive again. Writers (and other artists) sometimes need to go through periods of creative dormancy before we can dive back into the projects we want to complete.

This is not an excuse. As I said earlier, I’m cranky. I want to be writing again. But I have also learned over the years that beating myself up because I’ve been unproductive accomplishes nothing. On some level, I believe, the creative brain knows what it needs. Just as a body can crave different sorts of food to meet nutritional needs, the artistic mind can seek out times of rest and times of activity.

I have been in the former for long enough, thank you very much. I am ready for the latter.