I have shared some personal stuff in these posts in the past. Today’s post is the most private, the most embarrassing, the most revealing I’ve ever written.

Well, not really. But today, I confess to all of you, in front of God and everyone, how I waste time when I ought to be writing.

Let’s be honest, we all find ways to procrastinate and distract ourselves when we’re working, writers and non-writers alike. I also think, though, that writers in particular need to have ways to occupy the front parts of our brain, while the hind-brain works through plot points and character arcs and the like. (Go with it, people. My blog, my rules . . .) Certainly I need these things. And I resort to all sorts of stuff during the course of a day. 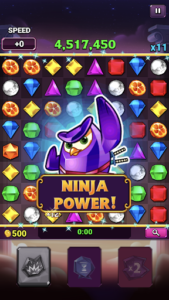 Confession #1: I play Bejeweled Blitz on my phone. I play it a lot, and I have been addicted to it for years. I have enough gold bars and coins piled up to make Warren Buffett envious. I have so many free gems wracked up that I could play for weeks straight, without pausing for meals or sleep, and never have to pay for a gem with any of those hoarded coins. It’s a bit of a sickness, actually. But I do enjoy it.

Confession #2: Bejeweled Blitz is not the only game on my phone. Not even close. I play Wordscapes, Crown Solitaire, Hearts, Spades. I don’t play them nearly as much as I play Blitz, but . . . well, let’s just say I don’t lack for entertainment options. And don’t get me started about Wordle.

Confession #3: I will, at least a couple of times each week, I look at guitars on various music store websites. Yes, I own three acoustic guitars, all of them very nice. Yes, I own an electric guitar. Also very nice. And yes, I covet more. I look at Reverb.com. I look at Musician’s Friend. I look at Sweetwater. I look at Music Zoo. I could go on, but I think you get the point. I never tire of looking at beautiful new guitars that I neither need, nor can afford.

Confession #5: I shop for other stuff, too. Books. CDs. Sometimes clothes or shoes. Sometimes gifts for other people. Not as often as I would like you to think. But I do look for stuff for others. Really.

Confession #6: This is really not a confession, because I don’t think there’s anything wrong with it. But I’m talking about procrastinating, so . . . I play guitar during my work day. It’s a good way to refocus, a nice break from sitting at the keyboard, a constructive use of time I might otherwise spend, oh, I don’t know, playing Bejeweled Blitz?

Confession #7: A lot of the online searches I do for the purposes of book research quickly morph into rabbit holes that have nothing to do with my stories and everything to do with wasting time and NOT writing. I have a strong feeling I am not at all alone in this regard. Looking at you, every writer reading this post . . .

Confession #10: Sometimes when I am listening to music when I write, I’ll suddenly just HAVE to know who is playing rhythm guitar on this particular song. And then I will need to know what other albums this person played on and who he played with. And pretty soon it’s an hour later.

In all seriousness, to procrastinate is human. It is, I believe, part of my creative process. I was actually serious earlier when talking about front-brain stuff and hind-brain stuff. I find these various things I do to distract myself are essential to my writing day. That’s not just a rationalization. I honestly believe these “wastes of time” enable me to be productive. And I AM productive, despite my distractions, which, I would say, proves my point.

And that mention of rationalizations reminds me of a line from a movie. I think I know which one. And IMDB is a really fun website, so I gotta go . . .