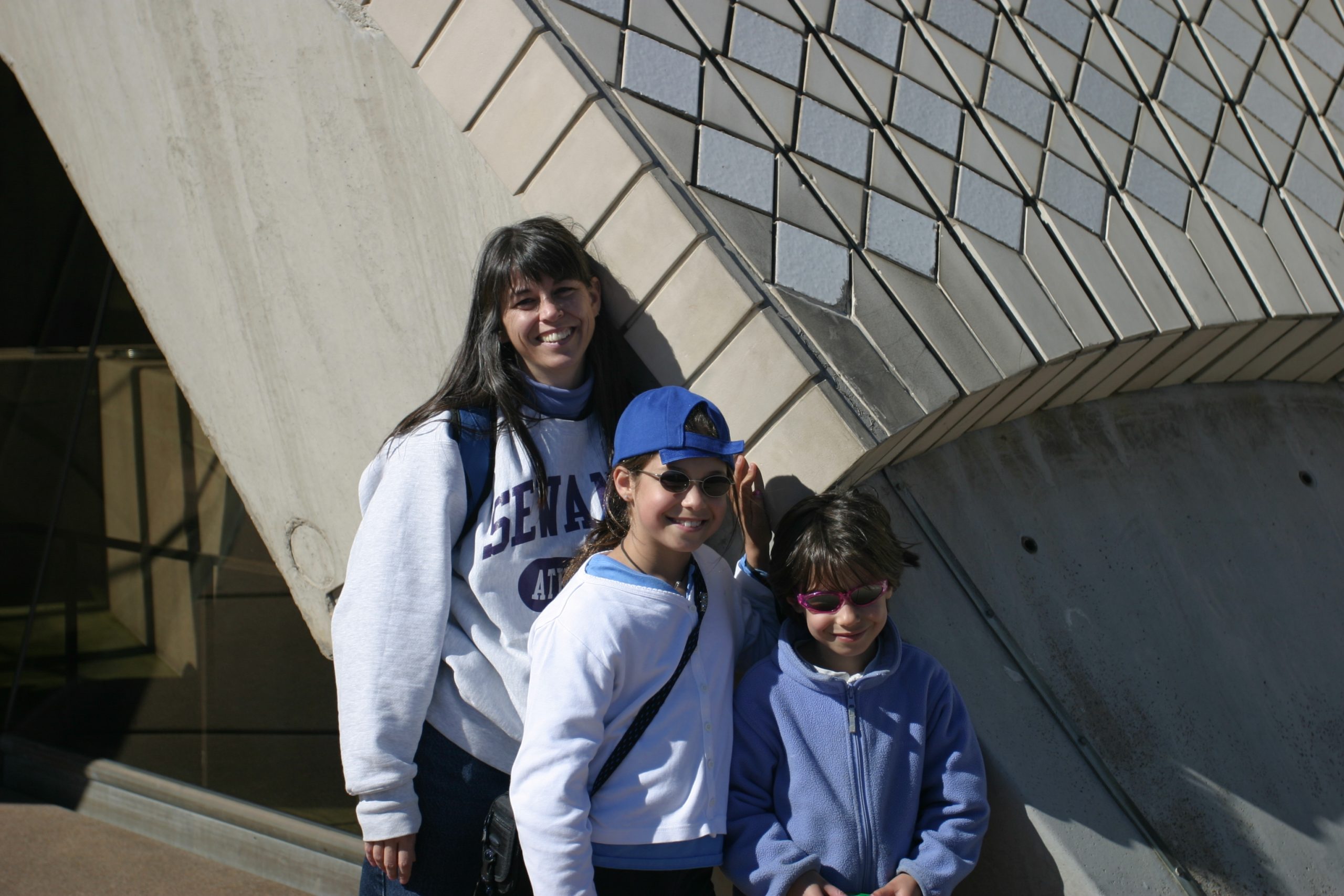 Good morning and welcome to the first installment of Photography Fridays, my new 2020 blogging feature. The point of this is to share with you my passion for photography, which is nearly as strong as my passion for writing. I also hope the feature will encourage me to get out and use my camera even more than I already do.

Today, though, I begin with a few photos I took during my family’s recent trip to Australia. We lived Down Under for a full year back in 2005-06, and returned there late this fall to see our younger daughter, who was completing a semester abroad in the Brisbane area. After joining up with her, we traveled to Adelaide in the state of South Australia, and drove out to Innes National Park, at the very end of the Yorke Peninsula (our route altered by fire-related road closures).

Innes is an amazing place. It includes some of the most dramatic coastal terrain I’ve ever seen. It’s a haven for kangaroos as well as emus and scores of other bird species. It has also been, over the past century and a half, the scene of dozens of shipwrecks, the remains of which still lie on beaches and reefs around the park. The surf was stunning while we were there – huge waves crashing down on rocky shores and sending plumes of foam and spray thirty-plus feet into the air. The water was deep blue and amazingly clear, the cliffs a palette of warm earth tones. And yet, I found that my favorite images worked best in black in white – stunning contrasts of light and dark, of patterns and textures and shapes. Here are three. I hope you enjoy them. 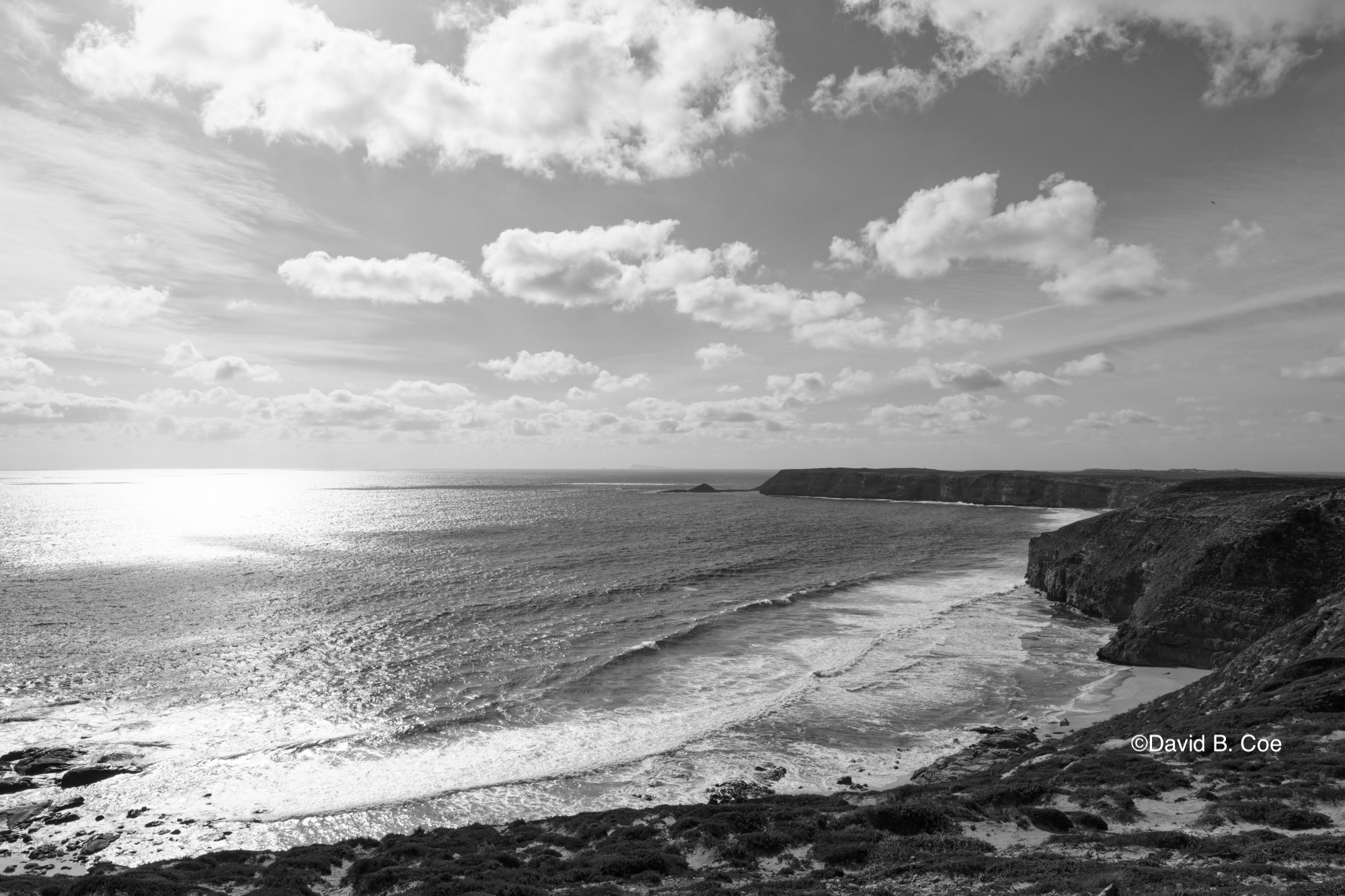 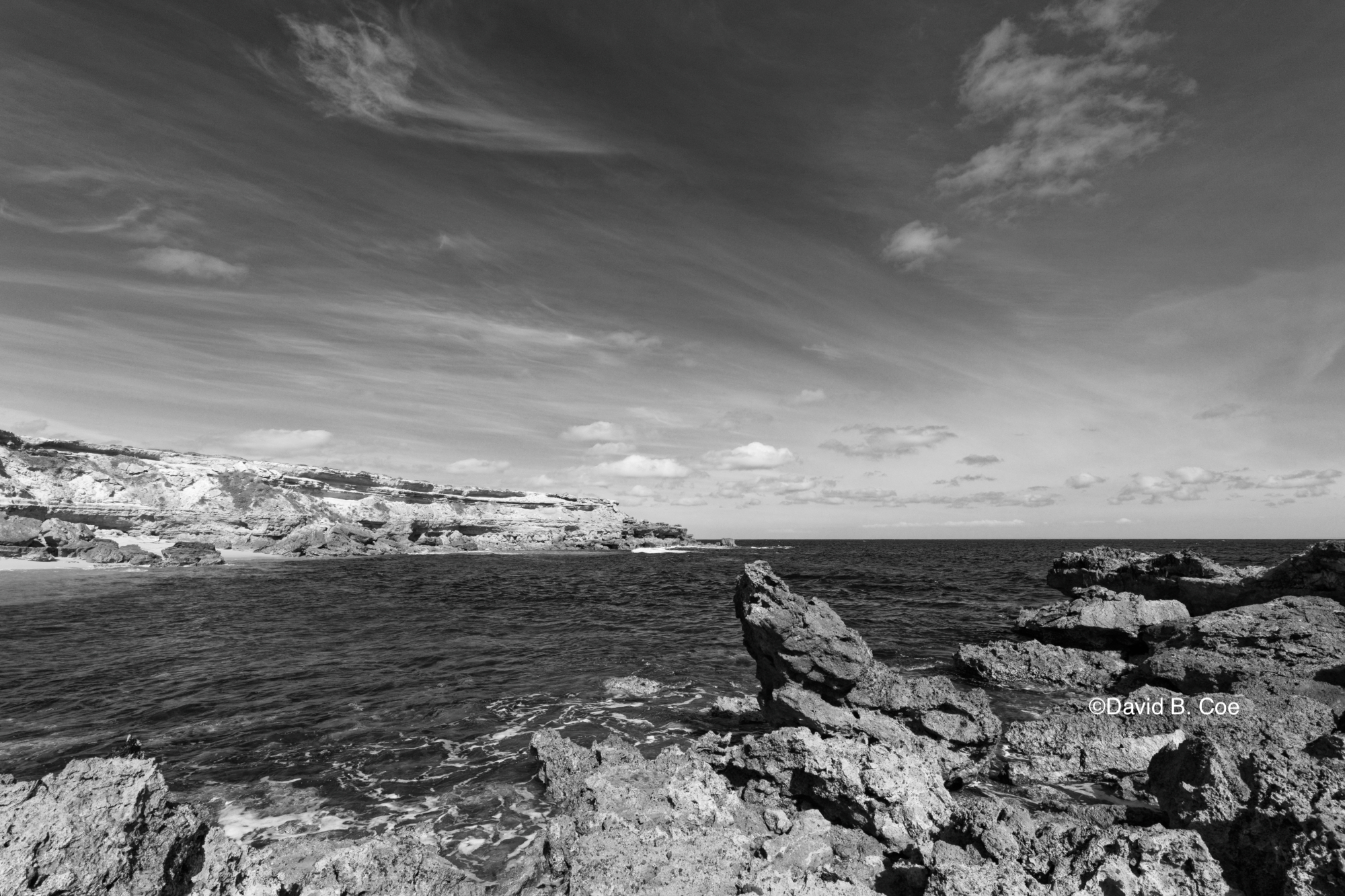 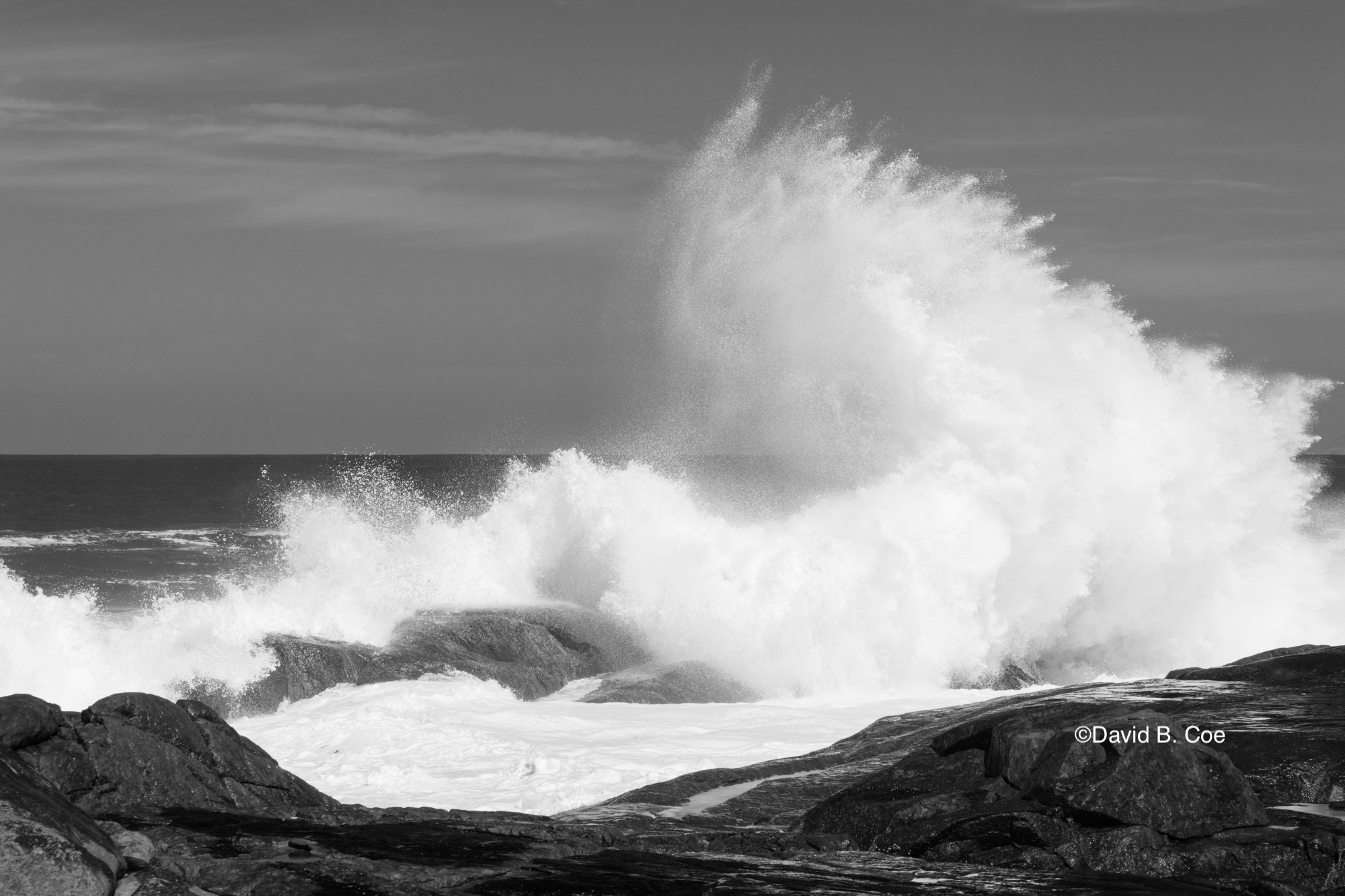 We never know when we’re going to draw upon experiences in our lives, be it for setting or character, plot or emotional content, dialog or action or romance or any of the myriad other narrative elements that come, at least in part, from our own lives.

We writers are pack rats. We hoard everything. Maybe not in a physical sense (though I’m that kind of pack rat, as well), but certainly in a conceptual sense.

It’s Quick-Tip Tuesday over at Magical Words and I have a post up today about travel, experience, and turning memory into narrative. I’ve been drawing on my own travel experiences for my fiction for nearly twenty years, and as we move into summer travel season, it strikes me as a good time to discuss such things. The post can be found here. I hope you enjoy it.

I discovered worlds there. As a kid, I was fascinated by nature and the Apollo moon missions, and so I took out every book I could find on birds and mammals, rockets and space. Thanks to the librarian — I’ve forgotten her name, but I remember that she learned mine right away, and welcomed me every time I walked through the doors to the Children’s Room — I was introduced to the charming stories of Sterling North, and found countless books about baseball (another of my passions).

After a brief break, the 2015 Summer-of-Two-Releases Virtual Tour resumes today with a post over at the Word Nerds Review site. Bethany and Stacie, who run the site, are both strong advocates for public libraries, and they asked me to write about what libraries have meant to me. It was an easy and joyful piece to write. You can find the post here.

One of my favorite things to do at any convention is take advantage of my down time by exploring the area in which the con is held. While in San Jose for a World Fantasy Convention several years ago I took an epic hike through one of the open space preserves in the foothills above the South Bay. When I was at EerieCon last year, Amy Lass Kauderer was kind enough to take me to a lovely natural area near the convention, and Kim Greyson has twice done the same for me during my previous visits to Calgary. (Kim be ready: I’m coming back in 2015!)

Well today, after a fun breakfast with the MarsCon staff, I drove out to the Colonial National Parkway, a gorgeous road that follows the course of the York River for a stretch. I did some birdwatching along the way, seeing eagles, ducks, loons, cormorants, and grebes, had a terrific lunch of clam chowder and fried oysters at the Yorktown Pub, walked around the Yorktown waterfront for a bit, and then headed back to the hotel. I have plenty to do the rest of the weekend, and I know that the folks here at MarsCon will take good care of me. But for a few hours this morning, I got away from work and experienced a small part of what makes this part of Virginia such a special place.

I have arrived in Williamsburg, Virginia for MarsCon 25, which begins tomorrow. I was literary Guest of Honor at MarsCon back in 2013, or maybe it was 2012. Whichever it was, I had a great time here, and when the folks who run the convention decided to invite back some of their former GoHs for this silver anniversary con, I was delighted to accept. Some of my favorite people will be here this weekend, and I’m looking forward to catching up with them, as well as meeting some new folks.

I spent the day driving from Richmond to the Virginia Beach-Hampton Roads-Newport News-Norfolk area, where I stopped in at several bookstores to sign stock. This after a wonderful signing last night with Bishop O’Connell at the fabulous Fountain Bookstore in downtown Richmond. The stock signings I did today went well — every store I visited had multiple copies of Spell Blind as well as copies of my Thieftaker books. And all the staff workers I met were friendly and professional.

The drive east from Richmond was beautiful. This entire area was hit by an ice storm yesterday, and this morning, with the sun struggling to break through a blanket of high clouds, the trees lining the highway were still glazed, so that their branches seemed to glow in the silver light. Gorgeous. Later, nearer to the ocean, I saw a Bald Eagle circling over the road, and then a Peregrine Falcon diving for pigeons just outside of Norfolk.

A good day, and, I’m sure, the prelude to a great weekend.