For this week’s Photo Friday post I offer you a slightly different sort of image. Last weekend, early Sunday morning – 3:33 am, to be exact – I was awakened by something I hadn’t felt in years: an earthquake. The initial tremor was followed about 30 seconds later by an aftershock. Neither was very large: The first was 3.1 on the Richter Scale, the second 2.8. But they were forceful enough to make a rumbling sound that woke me from a sound sleep, and they did make the house tremble a little. And the reason for that was that they were centered, I kid you not, about 4 miles from our house here in Tennessee. They were also shallow – only a few miles into the earth’s crust.

I lived in California for several years. Nancy and I were in Mountain View for the Loma Prieta earthquake of 1989, which disrupted the World Series, caused enormous damage, and resulted in many casualties. This little set of tremors was nothing compared to that. Still, an earthquake centered four miles from our house? Yeah, that’ll get your attention.

There is a major fault – the New Madrid Fault – centered around the shared boundaries of Missouri, Arkansas, Mississippi, Tennessee, Kentucky, and Illinois. The network of minor faults from that seismic zone reaches our home. Which is cool. Sort of.

Anyway, the image below is the readout from the seismograph in the Geology Department at the university.

Have a great weekend. Stay safe, be good to yourselves and to one another. 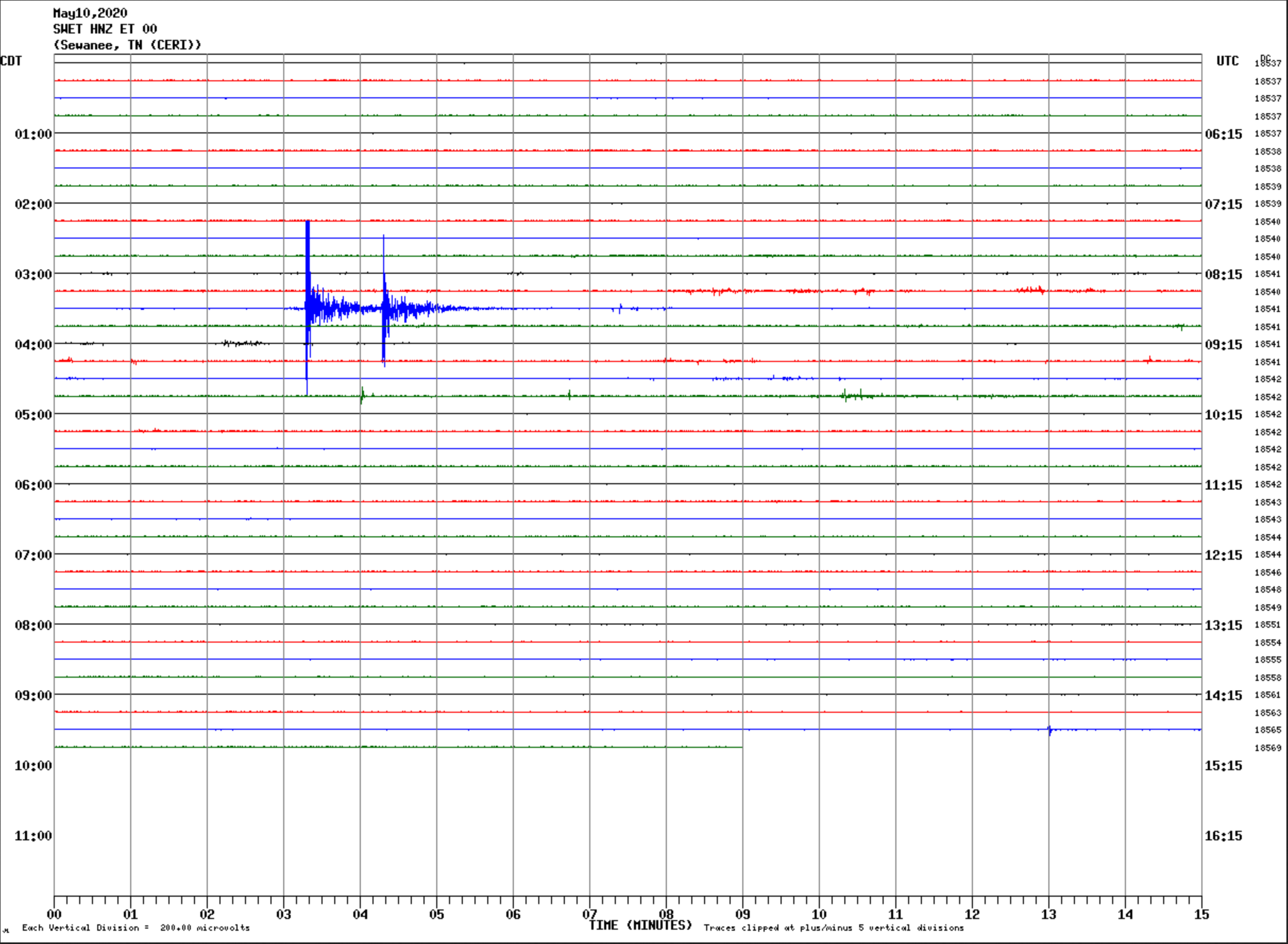